After a succession of high-profile blockbusters (The Exorcist, The Omen, and Carrie) the movie business was in full-on imitation mode. Lots of demonic possession and religioso horror had already hit the circuit, and plenty of psychic misfits were on the way. 1977 was also a big year, unsurprisingly, for Jaws rip-offs, The Deep and Orca being two notable entries.

Fortunately for serious genre fans, the horror-auteur scene gained major momentum with George A Romero, Dario Argento, Wes Craven, and David Cronenberg all delivering new tales of terror. Argento’s artistic success foreshadowed the resurgence of Italian horror that would be timed perfectly with the rise of home video, thus providing genre fans with a new wave of horror heroes. But that was still two years away.

Romero’s modern vampire tale may have lacked for funds, but I believe it’s his most artful creation. The film’s basic question, what is a vampire?, can stand in for any number of philosophical ponderings we might have about ourselves and the world around us: Do we to choose our own identity, or is it chosen for us by our parents, teachers, and society? Can reality be defined more than one way? In a given culture, how does one perspective become the default while others are relegated to the fridges or shunned altogether?

If you can’t be bothered with all that pretentious drivel, you can still enjoy Martin for its stylish flourishes and early FX work by Tom Savini.

A film many consider the pinnacle of Dario Argento’s career, Suspiria boasts an opening sequence that stands among the best in genre history. The cinematography sparkles throughout, even if the story momentum, in my opinion, flags a in a few spots. I tend to prefer Argento’s gialli to his supernatural stories for their plot impetus. That said, Suspiria more than earns its status as one of the top horror films of the decade. 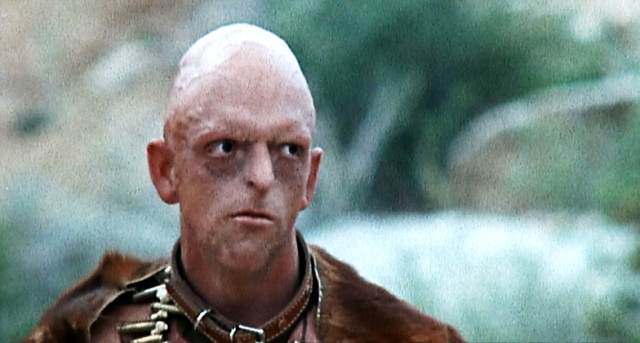 This is my favorite Wes Craven movie. It’s the kind of film that succeeds because of its low budget, not in spite of it. The horror sequences, while far from gory, are harrowing and often arrive unexpectedly. Thematically similar to Texas Chainsaw Massacre, it doesn’t quite reach that height, but it’s quite grueling in ways that only seem to work within the 1970s drive-in aesthetic. 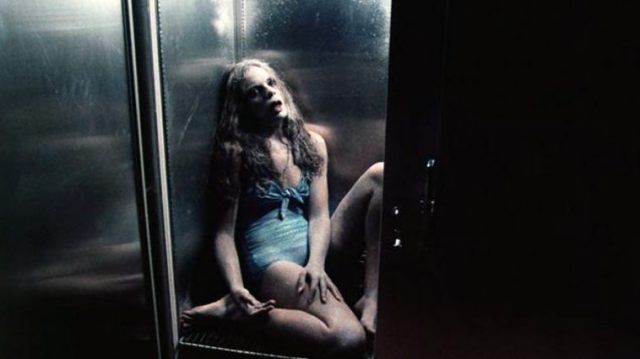 Much of David Cronenberg’s output plays like a sexual fever dream, the kind of nightmares you keep to yourself because you don’t want people to know what a twisted place your mind is. Luckily, Rabid lets us exercise our demons at the same time we sit back and watch a rollicking good horror movie. In this case, a horror movie about armpit dicks. 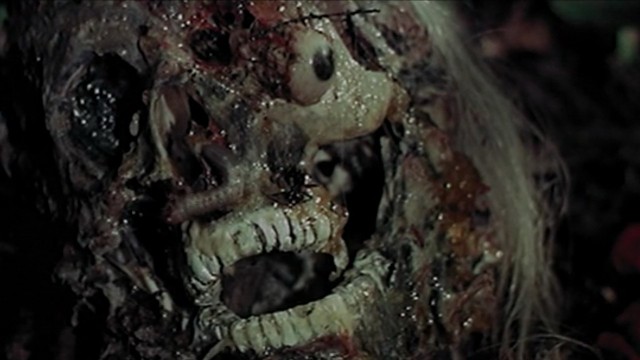 The Italian cannibal horror subgenre occupies the cinematic fringes for good reasons. The films are brutally violent, misogynistic, morally questionable, and sometimes straddle the line between fiction and reality. They can also be pretty effective if made by a skilled filmmaker like Ruggero Deodato.

Last Cannibal World may be reprehensible in a lot of ways, but it’s quite suspenseful and extremely harrowing. I like it better than the director’s better known and even more appalling Cannibal Holocaust. 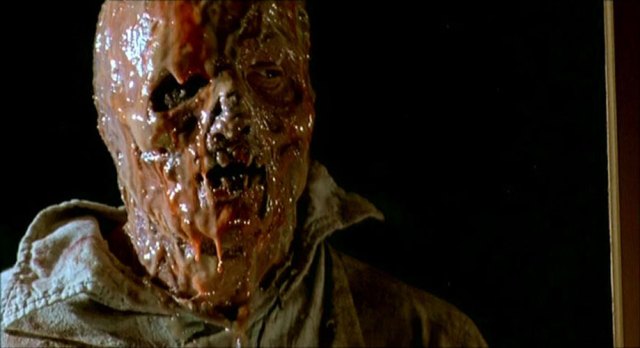 That was not a typo. Yes, this stupid, gory piece of trash falls far short, artistically, of other 1977 releases not on this list, such as Demon Seed and The Haunting of Julia (a creepy-ass flick if you’re looking for one). But when I was a kid, I had that issue of Starlog that featured Rick Baker posing with his Melting Man sculptures on the cover. I stared at that photo every day for weeks. I wanted to be Rick Baker. In short, I can’t not love this film. And really, you get exactly what you’re promised: a guy who melts spectacularly for 90 minutes. 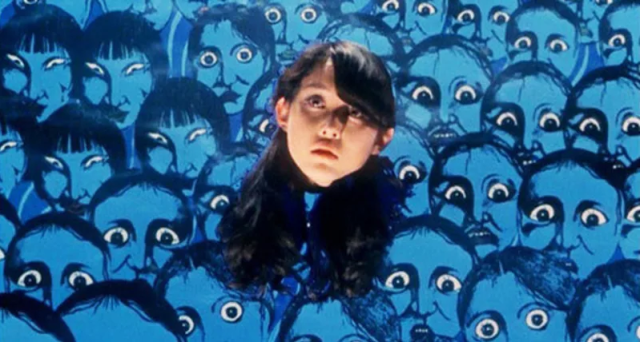 Director Nobuhiko Obayashi’s haunted house horror-fantasy beggars description. From the purposely phony sets and effects, to the tonal lurches between children’s movie and intense horror, to the nonsensical, dreamlike elements (one character turns into a pile of bananas without explanation), House is like Hello Kitty on a really bad acid trip.

Hal Holbrook and four of his doctor friends head off into the wilderness for a revitalizing getaway (and maybe an opportunity to air some personal grievances that have driven a wedge between them). What they get instead is someone or something weird and pissed off hiding just out of sight, airing a very different set of grievances. Spoiler alert: They ain’t all gonna make it out alive. 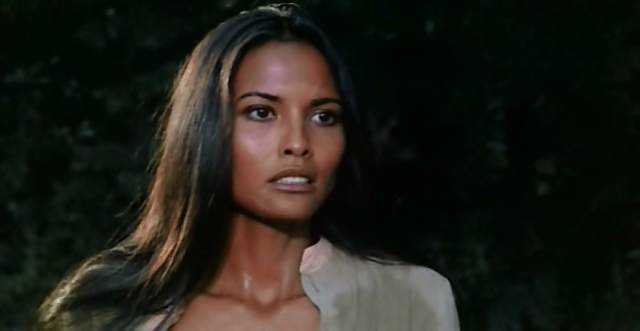 I was really hoping I’d make it through this blog series without Joe D’Amato showing up on any of my lists. But then someone reminded me recently that he directed Trap Them and Kill Them a.k.a. this movie, which I like. Sure, I could have picked Shock Waves or The Car if I wanted to bump old Joe off the page. Those flicks don’t have Laura Gemser or obscene cannibal violence, so…

Parental note: There’s a wee bit of nudity in this film.

People poke fun at this movie, which is admittedly on the cheesy side and features William Shatner playing a smarmy lout of a hero. As 1970s eco-horror flicks go, however, this one delivers. The first act is quietly suspenseful as the characters identify then begin to discover the scale of the threat. Once all shit breaks loose, there’s plenty of creepy crawly action that leads to a surprisingly bleak climax. With the always slightly odd Tiffany Bolling (Candy Snatchers) on board as Shatner’s romantic interest, the character dynamics get weird. 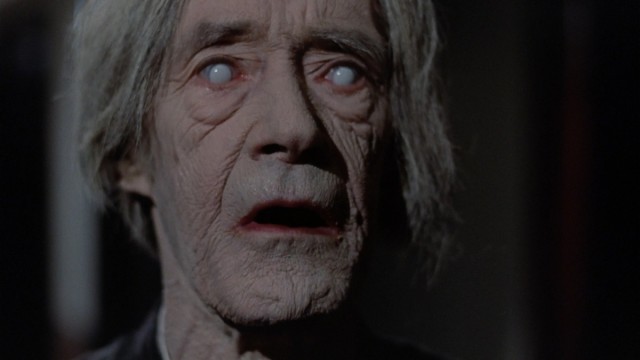 On its surface, The Sentinel appears to be a blatant pastiche of The Exorcist, The Omen, and other contemporaneous Hollywood horrors. It delivers some creepy looks and good scares, though, and it features an all-star cast to rival that of any big-budget disaster epic from the era.

Confession: I’ve never been that big of a David Lynch fan. There’s no question he’s an excellent filmmaker, but I feel his movies sometimes veer into weirdness for the sake of weirdness. Perhaps I’m missing something. Nevertheless, he’s an important and influential director, and I would be remiss if I did not mention his feature film debut.

I almost put Audrey Rose here because so many people like it, but then I remembered the savage Hitch Hike with David Hess and Franco Nero, which is much closer to my cinematic sensibilities.  Perhaps it doesn’t qualify as straight horror, but it’s pretty horrific and has been “borrowed from” quite a few times, including both versions of The Hitcher, Joyride, and Breakdown.

Buy ALL THE COLORS OF THE DEAD